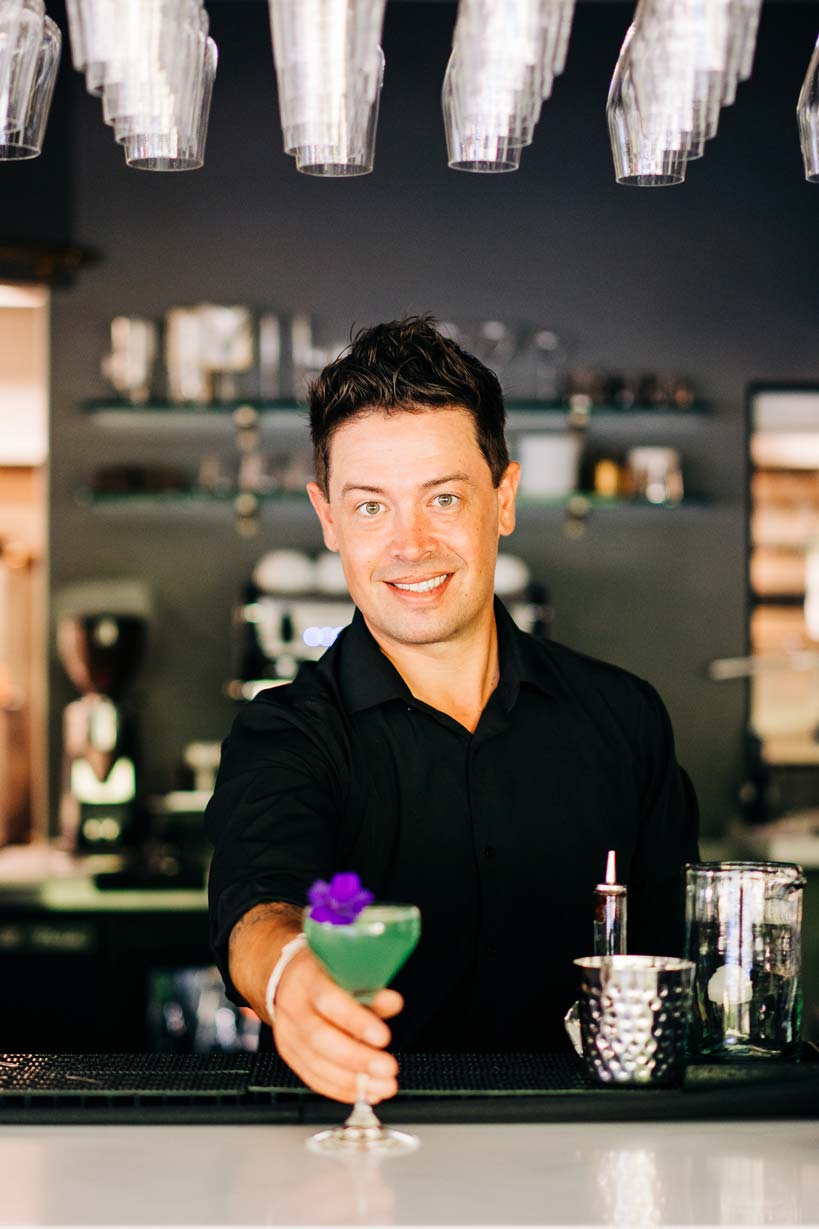 Leon was born and raised inMelbourne, Australia and emigrated with his family to Sacramento in 1994. He has been a part of the restaurant industry since birth; his parents and uncles all owned and operated cafés and restaurants throughout his youth in Melbourne.Leon grew up playing the trumpet and piano, and working in restaurants since he was legally able to work. His first industry jobs were in a Cafe and Ice CreamShop, but he really fell in love with hospitality and wine/cocktails at the L WineLounge & Urban Kitchen in 2006. After years of studying wine and cocktails, his won his first role as Bartender/Wine Director in 2009, where his training was rooted in classic cocktails, with an emphasis on technique and presentation. He then went to bartending full time which was where his passion for creating his own cocktails began. After becoming a Certified Sommelier in2014, he worked as a wine rep and the Sommelier at Canon in EastSacramento.

He returned to bartending when given the opportunity to work at Allora, as the bar manager alongside Elizabeth-Rose in February of 2019. Allora's cocktail menu is an homage to the classic cocktails he was trained in, with Italian inspiration and ingredients, attention to detail in presentation, and balance of flavors/textures. He genuinely enjoys the restaurant industry, as he loves to take care of people.He is constantly inspired to improve, by the entire team of professionals atAllora, in the high standards of both front and back of house.

Leon loves to share the stories and education behind his drinks, and is forever a student in wine/food/beverages/hospitality. His favorite drinks to make are a Sazerac or whatever else it is you’re having.

Outside of the bar, Leon is an avid golfer and loving father of his two boys, Jack and Miles.