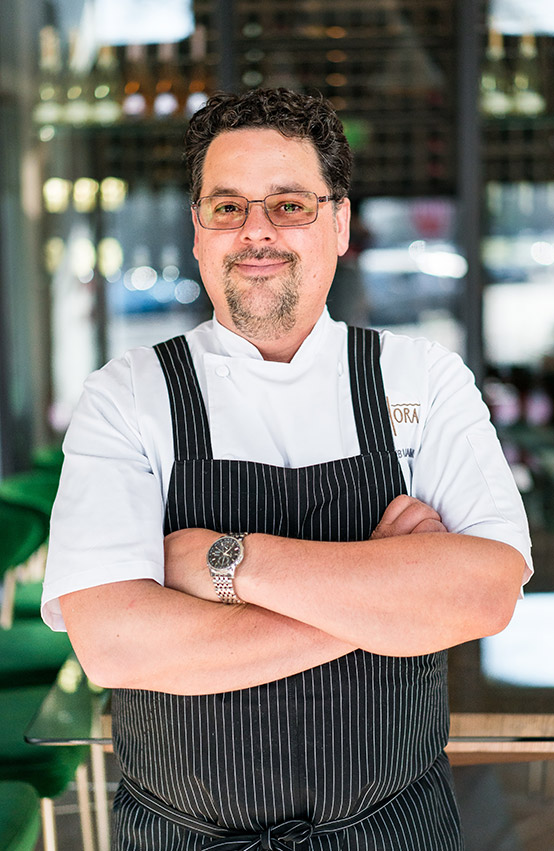 Deneb was born and raised in the Pacific Northwest and has worked in kitchens all over the country since he was 12 years old.  For over 33 years he has pursued his passion for the culinary arts and earned numerous awards like the coveted DiRona and the AAA Mobile Four Star/Four Diamond Rating. In 2007 Deneb moved to Sacramento to take the position as head Chef at the Firehouse Restaurant in Old Town Sacramento. For 9 years he crafted his culinary style at the Firehouse, designed over 40 wine dinners with the regions most celebrated wineries, and in 2015 was voted “Best Chef” by readers of Sacramento Magazine. In 2016 Deneb founded WM Restaurants with his partner/wife and Certified Sommelier Elizabeth- Rose Mandalou. The Restaurant group opened Woodlake Tavern in early 2017, followed closely by Uptown Pizza kitchen 3 months later, and most recently the Italian inspired Allora in East Sacramento.