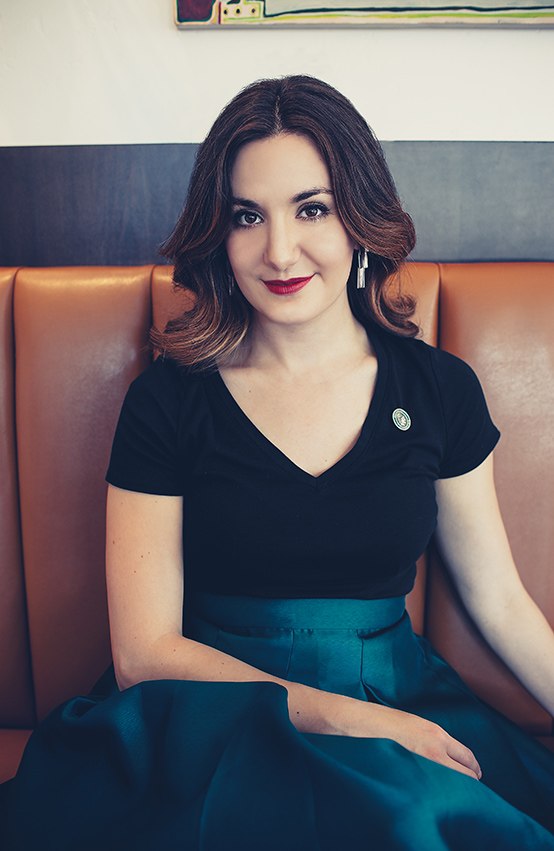 Elizabeth-Rose was raised in Sacramento, CA. Her first love was performing – dancing, singing, and acting. She grew up with her hands in the family garden, and helping her chef father cook in the kitchen. As soon as Elizabeth-Rose was old enough she began working in restaurants, and very quickly realized that she wanted a lifetime career in the hospitality industry. As taking care of people came as naturally to her as performing in front of a crowd, she knew the front of the house was the right place for her. As an avid reader, she knew she wanted to build her skillsets in restaurants, and quickly became inspired to study for her sommelier certifications. In 2013, Elizabeth-Rose became a Certified Sommelier with the Court of Master Sommeliers. By 2016 , she founded her own company, WM Restaurants, with her husband and business partner, Chef Deneb Williams. Together they opened a casual eatery called Woodlake Tavern, a catering company, and an event facility called The Atrium at Woodlake. In early 2018, Elizabeth-Rose opened Allora; a modern Italian restaurant with an emphasis on Italian wines and spirits. In 2019, she traveled to Italy several times to learn under Ian d’Agata and his 3iC program, to become a Piedmont Food & Wine Specialist. Elizabeth-Rose is so passionate about Italian wines that she became an Italian Wine Scholar in 2021. In the next few years to come, Elizabeth-Rose’s focus is to continue her studies with the goal of becoming a Master Sommelier. When she isn’t working or studying, she is playing with her dogs and spending time with her family.